​Anne Hendley was the third daughter of Walter Hendley. She was born in 1523 at Guestling in Sussex, the ancestral home of her mother Ellen Ashburnham, whose father, Thomas Ashburnham had been a local government official in the ports of Winchelsea and Rye. It was under Thomas's guidance that Ellen's father pursued a career in law. 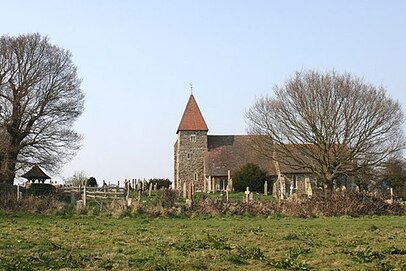 In 1523, Anne's grandfather had arrived back in Guestling infected with the plague from which he soon died, and Anne's mother also died that year. It cannot be ruled out that Ellen, like her father had died from the plague but it is also likely that died from complications after giving birth to Anne. Anne must have been just a few days old when her mother died and her father was left a widower with three young daughters. However, within four years he had married Margery Pigott, the nineteen year old widow of Thomas Cotton. With both her grandfather and grandmother now dead, the family estate passed to John Ashburnham history doesn't tell us what exactly happened to the house at that time. However, it would seem that at some point Walter had made a decision to move his family back to his home of Coursehorn in Kent. Walter was the eldest son of Gervais Hendley and Elizabeth Roberts, and he may have known that he would one day receive Coursehorn as his inheritance, and with this in mind the family moved into their own house on the manor where Margery could raise the children while Walter began his new career in London. It was during the following few years that Walter made plans for the marriages of his three daughters and Anne's future husband was Richard Covert of Slaugham in the county of Sussex.

How Anne's father knew Richard Covert I cannot say, but the connection may have been through Anne's maternal grandparents, the Roberts of Glassenbury, and the Hendley's neighbours the Culpepers who all made their money in the iron industry.

The Coverts' have been described as ‘among the greatest landed properties in the south of England, tradition says that they could travel over their own manors from Southwark to the English Channel.’ Families, like the Roberts, Culpepers and the Covert's were often business rivals, but this did not stop them from intermarrying - the Covert coat of arms depicts sixteen families that they were associated with. William Covert who had died in 1494 was the progenitor of the Coverts as Slaugham.

William's son was Richard, he had studied at Grays Inn and was Sheriff of Kent. He had married three, maybe four times, two of his wives were connected to the Hendleys and it is from his first marriage to Elizabeth Flagger that John, Richard’s father, was born. John had some connection to the household of the Duke of Norfolk at Horsham, for in 1536, he was called upon to lead twenty men to aid the king in suppressing the rebellion that came to be known as the Pilgrimage of Grace, he was also called upon to be part of the welcoming committee that greeted Anne of Cleves when she arrived to marry Henry VIII in 1540. Norfolk, would also ask for Covert help in suppressing a second rebellion, the Wyatt Rebellion in 1554. John Covert died in 1558 and Anne's husband inherited Slaugham.

Anne Hendley, like her sisters, was married by the time she was twenty, but unlike them she had married a man of her own age. When Richard Covert inherited his father’s estates, Elizabeth and Ellen had been widowed and remarried. Elizabeth was married to George Fane, and Ellen was to Thomas Fane, father and son respectively and both families were living in Buston in Kent. Richard Covert, it appears was a busy man, and when he was not away assisting the Duke of Norfolk, he would be attending to his own business. I don't suppose Anne had much time to be lonely, but still she might have missed her sisters, we don't know how much contact she had with them, but Slaugham was was over fifty miles away from Buston and from Anne's family home at Coursehorn. I wonder how she felt about that, but she had little time to ponder on it, by 1558, when she became ‘lady of the manor of Slaugham’ she had been married to Richard Covert for about sixteen years and had given birth to at least nine children. ​ 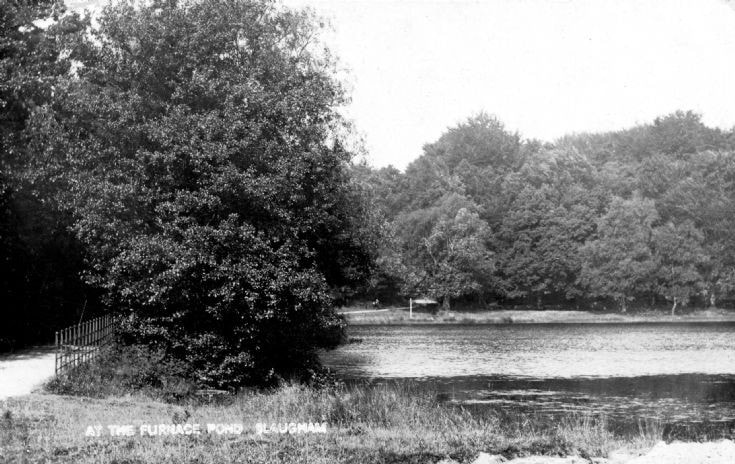 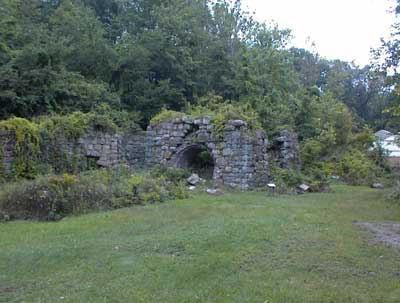 The Covert’s manor at Slaugham had an iron furnace and a pond, the water from which supplied power to drive the hammer and bellows within the forge, it was used by the Coverts and the Chalenor family from a neighbouring manor at Lindfield. As mentioned the smelting of iron was a competitive business, it was known that iron masters would make deals with one another to the detriment of others. This didn’t seem to apply to the Covets and the Chalenors - Anne and Richard’s youngest daughter would later marry Ninian, the head of the aforementioned Chalenor family.

Once settled into their house at Slaugham, Anne was soon pregnant again, she would go on to have five more children to add the the nine she already had. Clearly Anne was capable of conceiving, giving birth and more importantly surviving, and she lived long enough to pass into the next stage of a woman’s life, for there were no more pregnancies by 1570. Anne was in her early forties, this was the average age of a menopausal woman in the Tudor period, after fourteen pregnancies I suspect that Anne welcomed the freedom it brought with it. Of Anne and Richard Covert's seven daughters all but one married, the fate of her sons in the marriage market was not so successful, it would seem that out of her six surviving sons only two, Walter and John married.  Walter, her eldest surviving son, married twice but had no offspring, his estates, including his fine Elizabeth manor house Slaugham Place eventually passed to the branch of the family in Kent. John’s heir was his only daughter Anne who married her kinsman Walter Covert of Maidstone. The Covert lands had passed out of the family in 1679. ​ 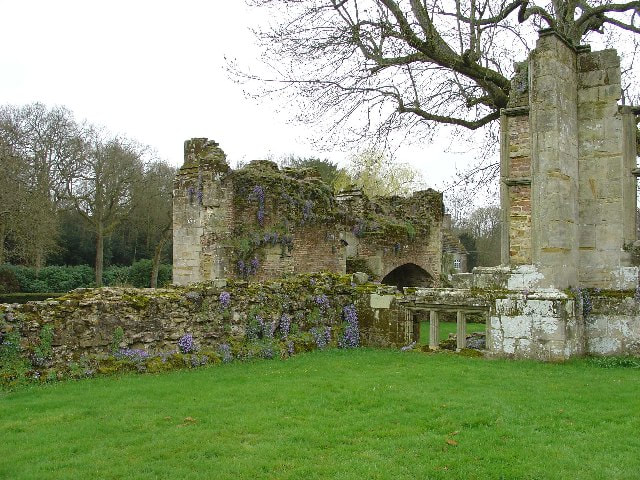 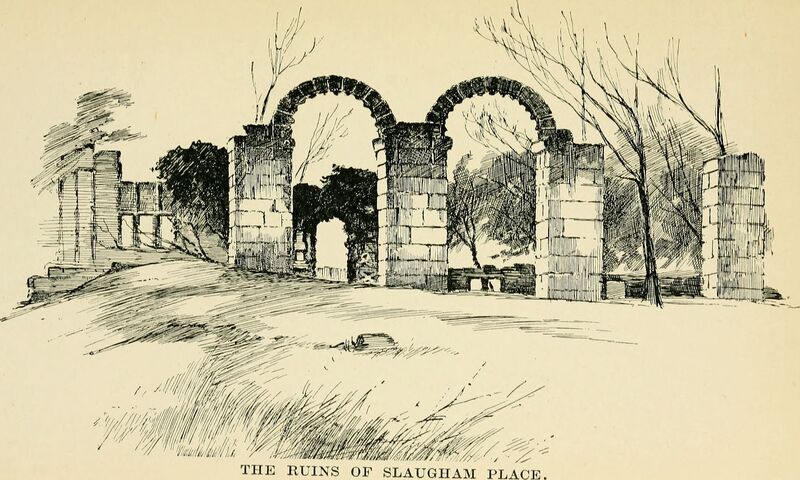 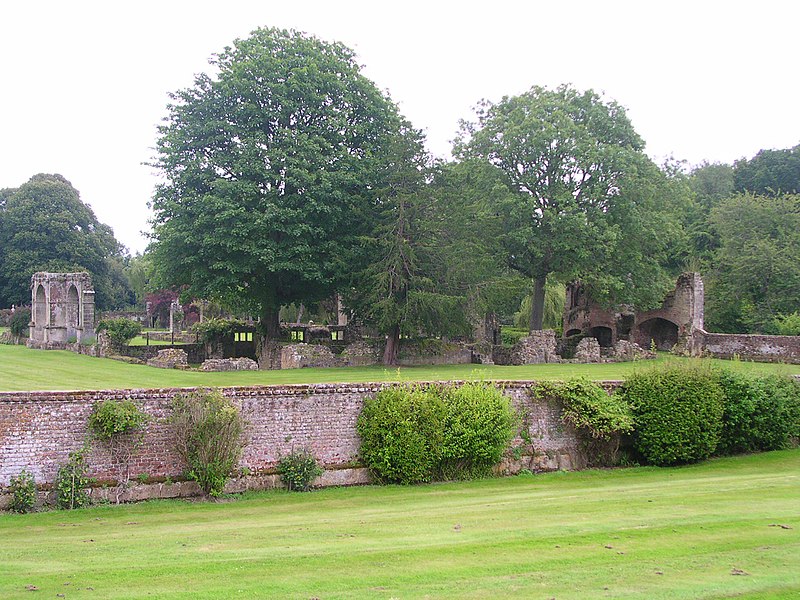 We know more about Elizabeth and Ellen Hendley's lives that we do about Anne's, and this is due in part to the distance between the sisters and the fact that the Coverts had no other family connection to those who are associated with the Hendleys in Kent, also there are no family stories or incidents that connected them. The date of Anne Hendleys death is not known, but she was deceased by 1578 because her husband had remarried that year. ​ 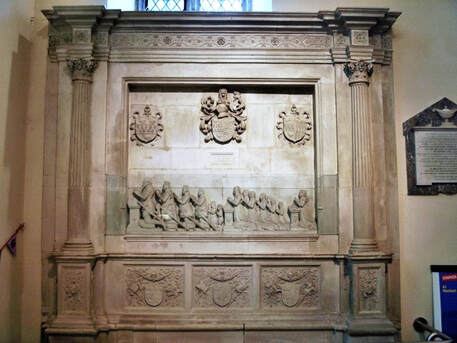 We can see Anne Hendley’s likeness immortalised in stone on a splendid memorial to her family in St Mary’s Church Slaugham. She kneels behind her husband and her seven sons, behind her are her seven daughters. At the back of the line is Richard Covert’s second wife Cecily Bowes, one of the daughters of Martin Bowes, joint master of the London Mint.