The Story of a Devon Family of Agricultural Labourers

Christopher Hunt Senior and Junior
The first appearance of the surname of Hunt in church records in Barnstaple and Braunton is in the mid 16th century. The earliest marriage in 1542 in Barnstaple is  Thomas Hunt to Joan Barrow and in the neighbouring village of Braunton a Hugh Hunt to Margaret Skinner’s marriage appears eighteen years later in 1560. Our Hunt ancestors appear to be unconnected with either couple and appear almost a century later in 1629.

The Devon town of Barnstaple is on the counties north coast, at time the Hunt families appear here, the town was going through a period of great change. The Great Quay and Little Quay were built to accommodate a major increase in trade. 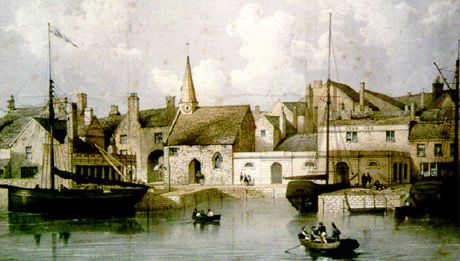 Tobacco, wine and spices were imported and wool and pottery, along with a variety of other goods were exported. Barnstaple pottery has been found in
​archaeological excavations as far away as America. This era of prosperity was abruptly interrupted in 1642 by the Civil War.

The village of Braunton is just under five miles to the north west of Barnstaple and claims to be the largest village in England and has a long history, with settlers arriving here as early as the Stone Age. It is a Celtic settlement, inhabited from 500 AD when St Brannock, a Celtic missionary, arrived to convert the Celts to Christianity.  The present church building is Norman and was built in 1310 and is dedicated to St Brannock. In 1086, Braunton was a Norman royal manor of considerable wealth, which spread along the banks of the Caen stream, this river is important to Braunton’s history and flows down to the Taw and Torridge estuary. 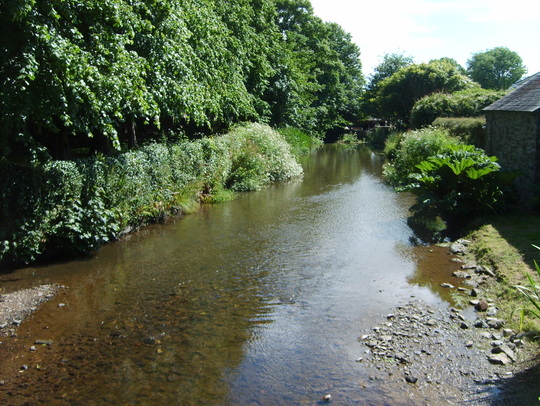 River Caen that runs by St Brannocks Church
The village’s name is derived from the Old English word Brom and Tun meaning a settlement where Broom grows, and in the Doomsday book of 1086 it was written
​as Brantona. Braunton was surrounded by an extensive salt marsh and has the largest sand dune site in England, nearby is what is known as Braunton Great Field which is Saxon in origin and is a classic example of how medieval England’s land was cultivated. The Great Field is one of only two surviving medieval open strip field systems. We will find Hunt families working on this land, no doubt in the Great Field pictured below, and worshiping at St Brannocks. 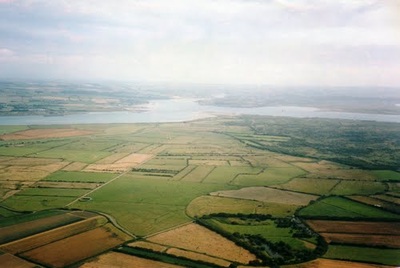 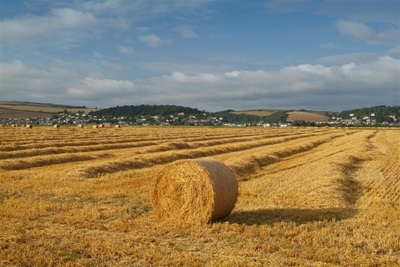 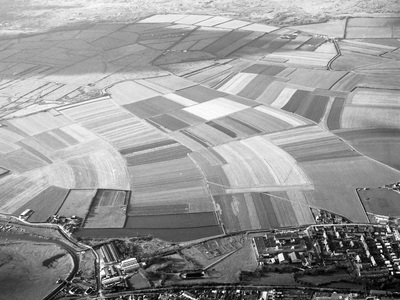 The surname of Hunt in Devon is fairly prolific but the Hunt family of Braunton are few in number suggesting one progenitor who  arrived in Braunton in the mid 16th century which we know to be Hugh Hunt and Margery.  In four centuries the number of Hunt baptisms at St Brannocks numbered 135 of which 71 were female and
64 were male. By the end of 16th century there were 16 baptisms, in the 17th century there were 81, in the 18th century 34 and by the end of the 19th century only
4 who were direct ancestors.
​
Of marriages in the same period there were fifty-five,  5 in the 16th century, 29 in the 17th, 20 in the 18th and only one in the 19th century.
By the time of the 1901 census there were only four individuals who stated they were born and bred in Braunton.

The earliest individual and the first member of the Hunt family in Braunton is the afore mentioned Hugh Hunt who had married Margaret Skinner in 1560 and by
whom he had six children, three sons and three daughters, all three sons and two daughters married. The descent of Hugh and Margaret’s family is reasonably easy to follow and all the births/baptisms listed at St Brannocks between his eldest son John in 1593 and his last great grandchild Christine Hunt in 1708 are of their
​direct line.

Out of the above mentioned 135 baptisms, I was unable to connect eight baptisms to the two Hunt families. Twenty two of them are our direct line resulting from
the marriage of Edward Hunt and Ann Horden in 1700, seemingly Edward has no family connection with the Hunt family of Hugh and Margaret.
Christopher Hunt Senior and Junior